How Do LED Faucet Lights Work? | Step by Step

An LED faucet light is a great way to add a modern touch to any bathroom or kitchen. It’s a simple and effective way to show off your style and make a statement. But how do these faucet lights work? Today we will explore the ins and outs of LED faucet lights and how they work. We’ll look at the technology behind these fixtures and their practical applications. We’ll also be exploring the benefits of LED faucet lights in your homes, such as increased visibility and safety.

An LED (light-emitting diode) in a kitchen faucet is a small light built into the faucet. It is usually located near the spout or handle of the faucet and is used to provide visual feedback or to indicate the water temperature.

LEDs are commonly used in kitchen faucets because they are energy efficient and have long lifespan. They also provide a modern and stylish look to the faucet, which can be a desirable feature for your kitchen. 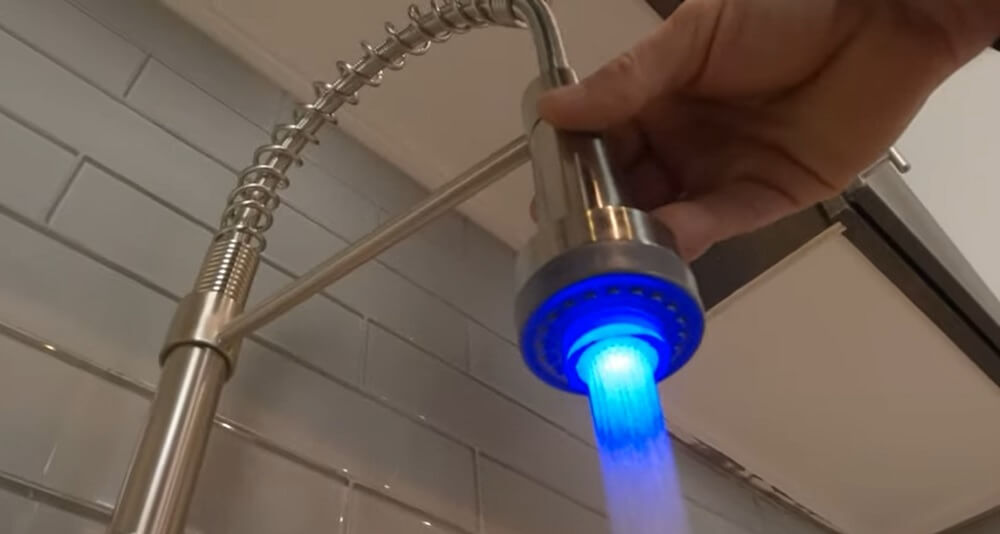 How Do LED Faucet Lights Work?

Check out the 6 following steps about the working process of LED faucets.

LED faucets use special light-emitting diodes (LEDs) to create a light show effect that will catch your eye. Unlike traditional lights, LEDs are long-lasting, energy-efficient, and can give your faucet a unique and eye-catching look.

When you turn on the faucet, the circuit board activates the LED, causing it to emit light. The light is produced when an electrical current passes through a semiconductor, creating a bright light that can be seen even in the dark. LED faucets typically offer a range of colors and effects, from a subtle glow to a dazzling light show. With LED faucets, you can customize the look and feel of your bathroom or kitchen sink.

2. LED faucet works with hydropower (no electricity or battery)

LED kitchen faucets use hydropower as a power source. Hydropower uses water to generate electricity and is typically used on a larger scale, such as in hydroelectric dams or small-scale hydroelectric systems.

Some LED faucets currently use a small hydroelectric system to generate the electricity needed to power the LED light. However, most LED kitchen faucets use batteries for power up.

3. LEDs are connected to a water flow sensor

LEDs are connected to a water flow sensor placed inside the faucet. When the water flow is activated, the sensor detects the water movement and triggers the LEDs to light up. LED faucet lights are activated by a motion sensor, which turns the light on when it detects movement near the faucet. Some may have a manual switch that allows you to turn the light on and off as needed.

You can program the lights to cycle through several colors or remain the same color. You can also adjust the light intensity and brightness. The lights last longer than traditional faucet lights since LED bulbs use much less electricity than conventional bulbs, and LED bulbs last longer than standard bulbs.

4. The sensor turns on the LEDs when water starts to flow

The sensor is located in the faucet and is activated when water starts to flow. When the sensor detects water, it triggers the LEDs, which will light up. This is an important component of the faucet light system, ensuring that the lights are activated only when necessary. Some faucets may have additional sensors that detect the water’s temperature, so the lights will only light up when the water is at a specific temperature.

5. When water stops flowing, the LEDs turn off

The safety feature of LED faucet lights prevents them from being accidentally left on. This works by using water pressure sensors which detect when the water pressure drops. Once this happens, the lights are automatically turned off to conserve energy and save you money.

When cold water is used, the LED light will usually be blue. When warm water is used, the LED may turn green or yellow, while boiling water may cause the LED to turn red. This color-coded system helps alert users of water temperature without touching the water or using a thermometer. LEDs in these faucets are highly energy-efficient and require minimal running energy. 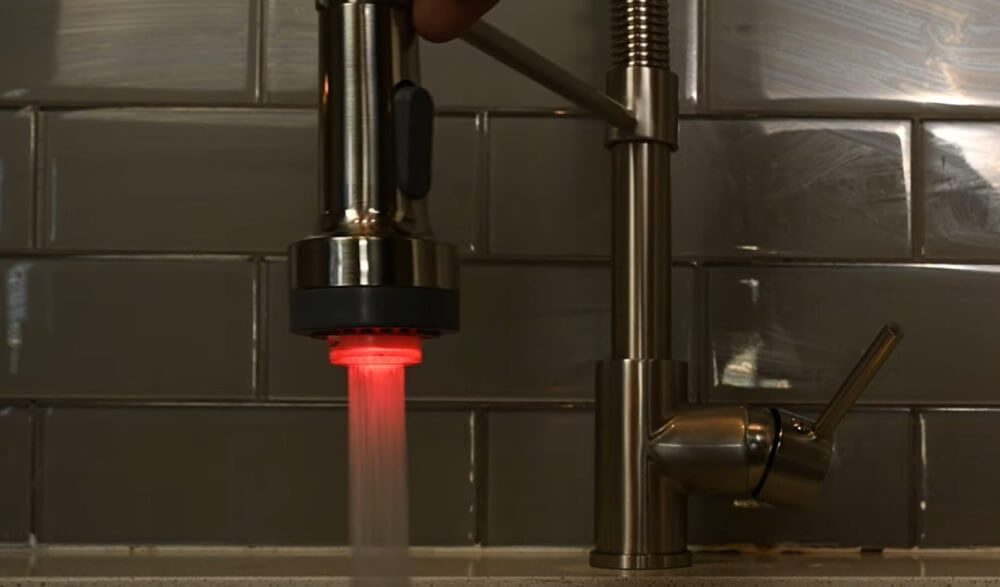 My LED light is not turning on

My LED light is flickering

My LED light is dim

If the LED light is dim, it could indicate a low battery or aged light. Try replacing the battery or changing the light if it is too aged.

In addition to reviewing the content published on Kitchen Liker, he ensures that it is accurate, relevant, and helpful. As a result, all the reviews and information published at Kitchen Liker are neutral and userfriendly.

Hassan Al Sarker has a bachelor’s degree in Hotel and Tourism Management From the Newyork University. Before joining Kitchen Liker, he was a contributor at Kitchen Club, United States.

As an Amazon Associate, I earn from qualifying purchases.